HOURS: A Final Performance by Paul Walker by Pamela Powell 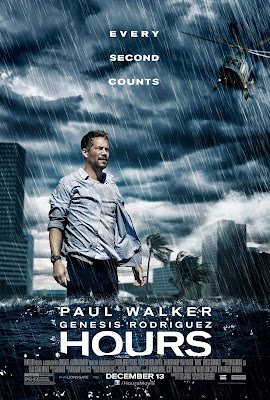 HOURS stars Paul Walker and Genesis Rodriguez,  and is set to open on December 13, 2014.  Unfortunately, Mr. Walker will not be able to see the success of this different style of movie for him as he passed away just last week.  Walker, known primarily for the "Fast and Furious" series of films, had ventured  into a film requiring him to carry it primarily by himself.  And he did. 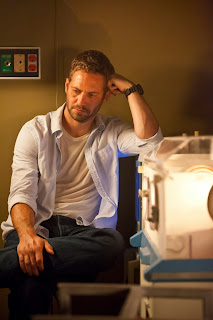 Walker plays Nolan Hayes and takes on the role of husband and soon-to-be father. Nolan's wife goes into premature labor requiring an emergency room visit just as Hurricane Katrina is about to hit in full force.  As doctors attempt to save both his wife and baby, Nolan keeps vigil in the waiting room.  The birthing process becomes tragic and Nolan must keep his baby alive on a battery back-up ventilator as Katrina has caused an emergency evacuation.  One tragedy begets more tragic and gripping moments as Nolan fights for his life as well as little Abigail. 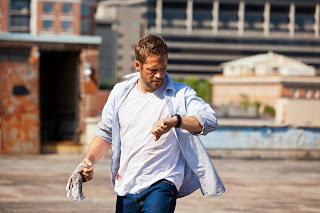 HOURS focuses upon the love this young father and husband has for his wife and premature new-born child.  We see Nolan deal with death and try to grasp the concept of the needs of a premie during the dire situation of a deadly hurricane.  Knowing that Hurricane Katrina affected hospitals, you have to wonder if these events, even in partiality, occurred in real life.  What would you do if your baby was on a ventilator and could not be moved?  What lengths would you go to to keep that ventilator going?  Nolan shows us the super human that all of us have inside when it comes to survival and protecting our children. 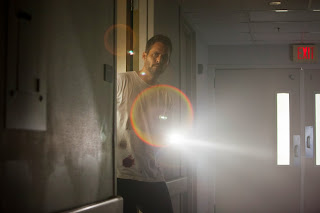 HOURS is a gripping and emotional tale.  The stress is immeasurable from the beginning. Your heart breaks as Nolan must deal with what has happened to his wife.  As the hours tick by, one striking event after another occurs.  Keeping the crank-up battery going every 3 minutes, then every 2 minutes and so on, would feel like an eternity.  Minutes turn into hours and hours turn into a day with no sleep, no food, and no medical guidance with caring for this medically fragile premie. When will help arrive and how will help know he and his baby are stranded in the hospital?  What other circumstances will Nolan have to fight and overcome what most would consider insurmountable obstacles. 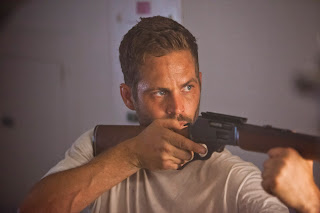 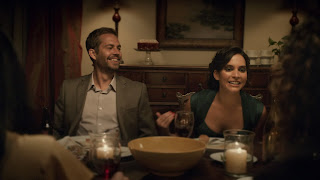 Walker's skills in portraying all the emotions his character would seemingly have are spot-on.  He captures happiness, anger, frustration, and just being down right afraid.  He became Nolan Hayes and he lived this experience.  Never did you feel that he was "acting."  This role is one of Walker's best as it showcases the depth of character he can portray.  It is with such sadness that this was Paul Walker's final role.  He went out with his best performance.

Although this is a primarily about Nolan and his struggles, we also get flashbacks to his former happy life as we learn about his wife and their relationship.  We find out even more as he passes time talking with his baby; showing her pictures of happier times.  These moments balance this movie so that it isn't non-stop stress.  Don't get me wrong.  The stress level is quite high and intense throughout most of it, but there are many tender, sweet moments that help to connect us with Walker's character.

HOURS is a story of love and survival.  When moments are crucial and minutes are seemingly unending, the will to live must endure the hours ahead.  HOURS captures more than time; it captures your heart.