OUT OF THE FURNACE TOO HOT by Pamela Powell


OUT OF THE FURNACE
Starring:  Christian Bale, Casey Affleck, and Woody Harrelson
Written by: Scott Cooper and Brad Ingelsby
Directed by:  Scott Cooper 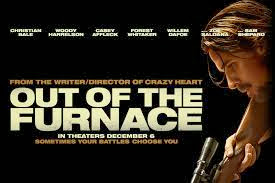 "Out of the Furnace" has an all-star cast with Christian Bale as the lead and supporting actors of Casey Affleck, Woody Harrelson, Zoe Saldana, Willem Dafoe, Forest Whitaker, and Sam Shepard.  The basic premise of the movie was that two brothers, Russell and Rodney Baze, grew up in a dying steel town in rural Pennsylvania, and went their separate ways.  As their lives converged as adults, Rodney's poor decisions impacted Russell.  When Rodney disappeared, Russell went to every length to find him. 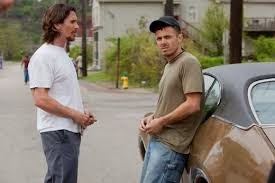 "Out of the Furnace" was initially reminiscent of home as I grew up in rural NY State.  I loved seeing the hills, the trees (although the seasons seemed to be incongruous), and the middle class working town's neighborhood.  That's where my happiness with this movie ended.  The first one hour and 10 minutes (yes, I timed it) was devoted to setting up the shoe that was to drop.  The second 46 minutes (yes, I timed this as well) was just total stress and anxiety with a splattering, I mean smattering of blood, violence, and execution style murder.  This, my friends, was the shoe dropping.  Many times I gasped aloud in this all male audience (take a hint here) and I frequently covered my eyes as I could not endure watching the brutal violence accentuated by the 10 foot screen in front of me. 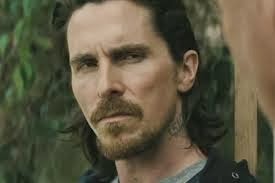 Casey Affleck played the younger, always angry and in trouble younger brother, Rodney.  Christian Bale (Russell), an uneducated, but loving and kind older brother, was always bailing Rodney out of his gambling debts.  In between bouts in Iraq, a safer place to be than in debt with the ne'er do wells like Woody Harrelson's character Harian DeGroat, Rodney began street fighting for money.  Yeah, I think a few synapses were knocked askew during one of his many fights.  Anyway, Rodney and his first rather fatherly loan shark by comparison (Willem Dafoe) decided to take on a fight organized by the "inbreds from New Jersey" lead by DeGroat.  In the Appalachians, these "hill folk" didn't take kindly to outsiders and regarded them cautiously...and they did more physically violent things to them as well.  Russell had enough problems of his own without having to deal with his inept baby brother's dangerous dealings.  Russell's family loyalty took him down yet another dangerous path full of surprise attacks which threw your stomach into knots and your jaw into spasms from clenching it the entire time. 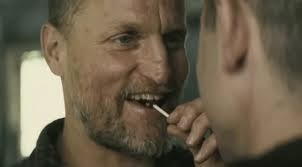 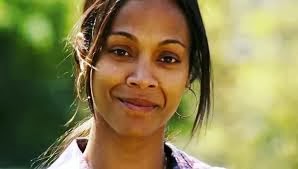 I grew up in Rural, USA.  I've been through the deserted mill towns in the North East.  These characters were spot-on accurate.  Bale and Affleck captured these blue collar workers perfectly.  The acting by all involved couldn't have been any better.  Shepard played the sad and protective uncle.  Forest Whitaker (one of my favorite actors) was a believable police officer and Zoe Saldana, even with minimal make up was a beautiful, down to earth local.  Then, (I saved the best for last) we have Woody Harrelson.  I never swear in my reviews, but I think there is only one way to describe Mr. Harrelson:  He is one bad-a$$ mother f'er!  (Yep, that's as close to swearing as I will come in a review.  Talk to me personally after a few glasses of Three Buck Chuck and we may have a different story!)  Harrelson is the epitome of mean.  He scared me on the screen.  I think I liked him better in "Catching Fire" where he was a belligerent drunk.  Where this story failed me was in the writing.  It took so long to build to any climax that it was a bit dull in parts.  Where it wasn't dull, it was extremely violent.  To me, that was not a successful combination. There was definitely suspense, but to the point of not being enjoyable, at least to this viewer.  And then there was the end.  Don't worry.  I won't give anything away.  I try very hard to never do that.  They had an ending---and then they added one more quick scene.  Poetic justice was just flushed down the toilet.  Great.  I might have been able to overlook a few major problems with this film if they would have ended it properly. 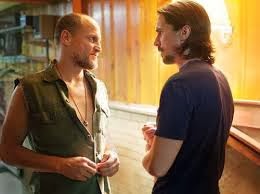 So...if you love extremely violent, stressful, and suspenseful movies, "Out of the Furnace" will be your cup of tea. If you find your taste in films goes more along mine, skip this one.  I almost left the theater early.  When I did leave, I left angry and depressed.  I drove angrily.  I shopped at Mariano's in an angry mood; smiling and talking with no one. (This is VERY out of the ordinary for me!)  And then I had dinner with my husband.  Good thing we drove separately!