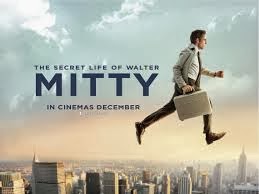 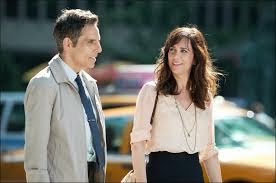 Where do you go when you "zone out?"  Are you thinking about the next stop you need to make?  What's for dinner?  Who's school project you forgot to pick up items for?  Or are you imagining yourself as the hero of a situation?  My guess is the former choices rather than the latter.  Most of us are so consumed with the day-to-day drudgery of life that we don't take the time to dream about possibilities.  Walter Mitty picks up the slack for all of us and does just that.  Unfortunately, he dreams a bit too much and misses out on living. 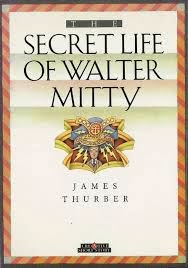 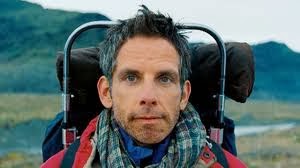 THE SECRET LIFE OF WALTER MITTY is based on James Thurber's short story of the same name written back in 1947.  Mitty is a dreamer who works in the Negative Assets Department at NYC's  LIFE Magazine.  Mitty doesn't really live life, he dreams about it.  He zones out and imagines what could have or even should have happened and then pops back into reality, realizing absolutely nothing has happened...or at least nothing positive.  He is awkward.  Let me rephrase that because that really is an understatement.  How about maladroit in any interpersonal communications.  Yes, that is a much more suitable word for Mitty's people skills.  Throw in a crush on a girl (yes, we are talking about a 30-something adult) and his awkwardness is profoundly exacerbated.  As Mitty finds himself in search of a missing film negative to be the final cover for LIFE Magazine, he has to jump out of his shell and actually start living. 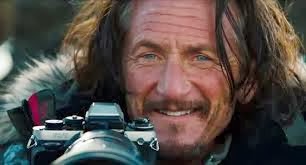 For those of you who watch television (yeah, yeah, I know...everyone but me), there's a show (I have watched this one!) called The Amazing Race.  "The Secret Life of Walter Mitty" is a bit like that in that he travels from NYC, across Greenland to Iceland then to the Himalyan Mountains and back.  It's the rural version of the show as he searches for the renowned photographer Sean O'Connell to find the missing negative #25.  He encounters volcanoes, sharks, and other obstacles.  Without giving more of the film away (I'm matching what you've already seen in the trailers), Mitty learns how to live life and not just dream about it as it passes him by.  There's irony, humor, and relatable circumstances that are touching.  His interactions with his boss, Ted Hendricks (Adam Scott) are frustrating as he epitomizes that bully that never grew out of his junior high school class. 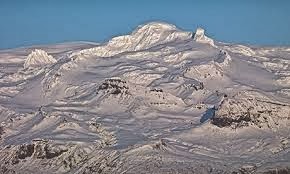 Ben Stiller transforms himself as Mitty's character grows.  He plays a sweet and trusting man who just can't find the confidence in himself that he deserves.  Stiller captures that and brings this book to life.  Kristen Wiig is always a joy to watch, but she finds herself in a role that is just a normal, everyday, down-to-earth woman trying to live life.  Of course, she has the talent to pull that off wonderfully.  Adam Scott plays a very unlikeable character with ease and Shirley MacLaine never ceases to amaze me with her ability to add the necessary icing on the cake.  She is everyone's mom.  Thank goodness for that or it might have had a very bad turn!

The story was a familiar one with not a lot of surprises, except when it really mattered.  The film was truly enjoyable and beautiful to watch.  The characters were a bit over-the-top, but so were the circumstances so that is ok.  It all matched up wonderfully.  Stiller did a wonderful job---let's say he was quite adroit at enabling the viewer to leave the movie feeling good.  This movie also had a positive message.  Watch it and listen.  You just might learn something.  And that's a positive thing!

This film will appeal to the older 20's and on up.  It's also a good date movie or girl friend movie!  ENJOY!