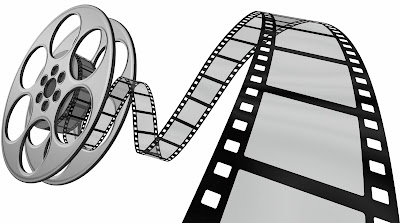 What constitutes an "indie flick" anymore?  The definition has changed over the years and the lines have become blurred.  It used to be that any film made outside the Hollywood studio system was considered an independent film.  These films were made in opposition to the traditional and powerful Hollywood system.   Now, these large production companies have their own subsidiaries that cater to the smaller "independent" films.  These companies go to the film festivals, searching for the next "Silver Linings Playbook," purchase the rights and then distribute the film.  But that's not the case with all films.  Many of the smaller films never get picked up by the bigger companies for distribution.  Luckily with technology where it is, the films can at least be picked up and seen via VOD (Video On Demand).

While some may not consider films like "Silver Linings Playbook" to be independent due to its star power, it did meet the criteria of the Independent Spirit Awards.  It was at least 70 minutes, it played in a theater for at least one week, it was at one of six key film festivals and it had a budget of less than $20 million.  Ok, it was $21 million, but what's a million bucks?  Minor detail.  Oh, if only someone would make that mistake in my paycheck!  Anyway, I have my own thoughts on independent films.  While all of these criteria are great, I love finding that hidden gem of a film that most people don't know about.   I wanted to share with you my top list of independent films that perhaps will never play in your town's theater, but you will be able to see on VOD or DVD in the near future.  Perhaps it's a film that the marketing just wasn't there or maybe the film will only appeal to a smaller group of people.  Whatever the case may be, there are some great films out there that are worth your time and money to see.  Please note that these are not in any ranked order.  Most (but alas not all) films have been reviewed on my blog.  Check it out!  Click on the link for the trailer!  See these movies! 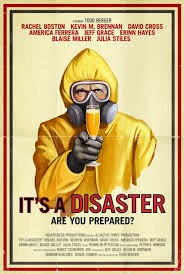 1.
"It's a Disaster," written and directed by Todd Berger and starring Julia Stiles and David Cross
IT'S A DISASTER movie trailer 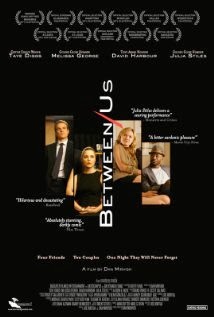 3.  "Between Us," written and directed by Dan Mirvish starring Julia Stiles, Taye Diggs and David Harbour.  Dan Mirvish will be my first guest on the new NPR show THE REEL FOCUS in January 2014. BETWEEN US movie trailer 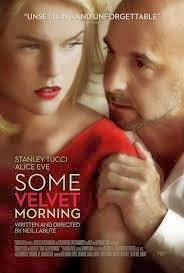 Movies to watch for later this month and early in 2014 include:

Keep checking back as I will be adding films as I recall them...that's the beauty of a blog!