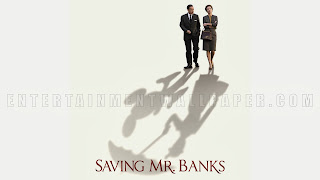 “Saving Mr. Banks” opens this weekend attracting fans of the Mary Poppins books and movie.  Starring Tom Hanks and Emma Thompson, the film has the star power to draw the fans in, but does the film have the substance it needs to continually draw an audience in? 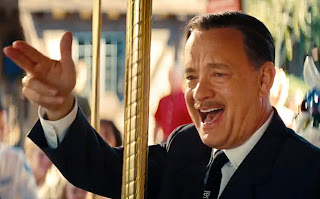 In 1961, Pamela L. Travers, author of the renowned children’s book Mary Poppins, finds herself in need of money to maintain her modest lifestyle in London.  Her publicist pushes her into agreeing to fly to LA and meet with Mr. Walt Disney to finalize a long overdue plan to magically transform her book into a Disney feature film.  Mrs. Travers, not a fan of the Disney concept, reluctantly agrees to talk with him and attempt to work on a screenplay.  What follows is a comedy of errors and insight into the world of this famed author.

Admittedly, I was not a Mary Poppins fan, although I do remember jumping from the top of a slide with an umbrella thinking I could at least float gently down to the ground.  Two broken pinkie fingers reminded me that it was only a movie.  Ah ha!  Maybe that’s why I don’t like Disney!  Nah, there are many other reasons too! The film has all the trademarks of a Disney film.  The perfectly set up shots, the longing stares, and the attempt to tug at your heart-strings just a little too hard are all aspects in “Saving Mr. Banks.”  That’s not to say it’s not an enjoyable film; it’s just to say it has the markings of Disney. 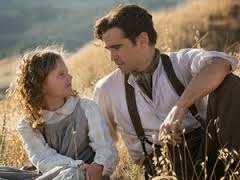 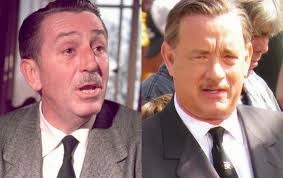 The story is well-told.  We get wonderful insight to Mrs. Travers uptight personality and why she acts the way she does.  We learn about her imagination and her relationships with her parents as a young child and why she treats others in a rather cold and unfriendly way.  Disney is just as one would picture him---kind, thoughtful, and caring---just the opposite of Mrs. Travers.  Those that are employed at Disney seem perfectly happy in their work environment until the whirlwind of a personality of Mrs. Travers (please don’t call her Pam or Pamela) strikes the office.  Watching Mrs. Travers as she recalls her past in her mind, she begins to understand herself better.  Her curt, articulate speech fit her perfectly as she lets those around her know they are beneath her.  From the audience standpoint, it comes across rather funny.  Throughout the film, she softens and her new-found relationships at Disney enables her to do so. 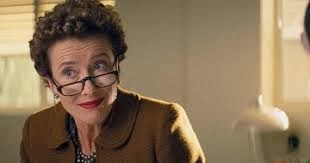 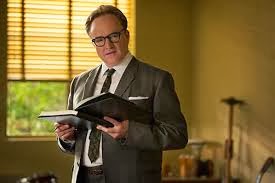 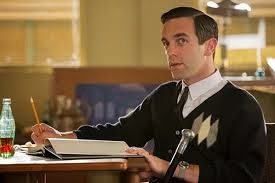 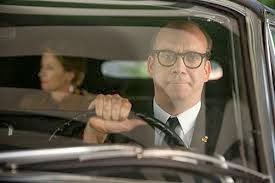 Emma Thompson is the epitome of British properness.  She is perfectly cast as one would imagine Mrs. Travers to have been.  She conveys a sense of ownership to these “imaginary” characters and allows the audience to understand her reluctance to let Mr. Disney work his magic.  Tom Hanks looks and sounds like Mr. Walt Disney.  He’s sweet and sincere with his want of bringing love and laughter to children everywhere.  Colin Farrell plays Pamela’s father in the flashbacks as the loving, but unreliable drunk.  His close relationship with his darling daughter (Annie Rose Buckley) is believable and touching.  The most entertaining part of the movie came with Paul Giamatti as the limo driver and with the threesome who try to convince Mrs. Travers that “Mary Poppins” can be a musical.  Jason Schwartzman, Bradley Whitford, and B.J. Novak are quite entertaining with their interactions and expressions with Mrs. Travers.  The script is concise, the delivery is accurate, and the message is conveyed to give us a complete story of the book’s transformation into a film.  How accurate is this film?  This is Hollywood and Disney so your guess is as good as mine.  Let's face it, it's not a documentary, it's a feature film.  Just sit back and enjoy. 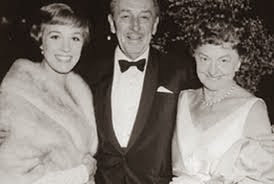 “Saving Mr. Banks” is a pleasant film about a famous author and her struggle to relinquish control over her coveted "Mary Poppins."  It gives us insight to the conception of the book and who these characters truly are.  While there are many laughs along the way, the film tries too hard to be touching.  This is a family film that is appropriate for all ages making it a destination at the movie theater this holiday season.  It is a nice story with a Disney happy ending.  Weren’t you expecting that?