The Waterfront Film Festival A Hidden Gem by Pamela Powell 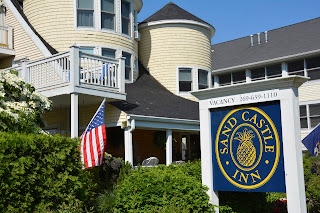 I have found a very well-kept secret...the Waterfront Film Festival in South Haven, Michigan.  Getting up at 5 am to drive to Michigan for a 9 am film seems a bit extreme, but let me tell you, it was well worth it!  For the past 14 years, the festival has been in Saugatuck, MI, but now has moved to this new venue of South Haven...a slice of heaven.  Being from the East Coast, I felt like I was in Cape Cod with the sandy beaches, the lighthouses, the clapboard houses, and the quaint shops and restaurants.  You couldn't ask for a better location to not only enjoy films, but to enjoy a summer vacation as well. 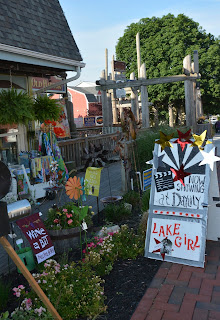 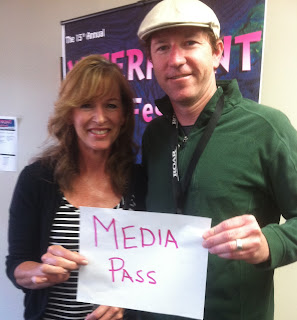 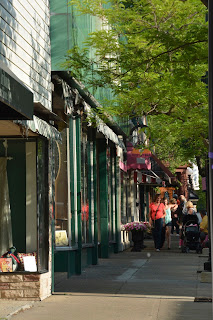 As the film festival staff scurried about trying to play catch up after a tremendous storm the day before knocking out power, phone lines and internet, creativity for press passes was necessary. With my iPhone camera, a photo with the PR director was taken.  This was my temporary press pass!  Ingenuity with a smile on your face and it was all good!  I easily accessed 5 films for the day.  The locations were relatively close together with ample parking...a huge bonus!  Filmmakers were on hand to answer questions at most of the films which added to the entire experience. This is what sets film festivals apart from just seeing it in a theater after it opens.  In the upcoming reviews, I will have many interesting stories to share with you which will make the film, when you see it, that much better! 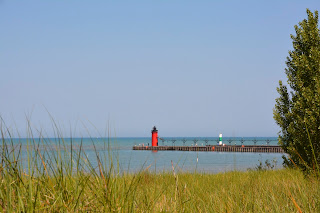 Having attended many film festivals in the past, I absolutely loved the fact that Waterfront utilized their "shorts" before the feature film.  These were brilliant!  I truly wish the mainstream theaters would capitalize on this.  So many of these wonderful short films just get lost after the festival.  Thank you, Waterfront for putting the entire
package together in this festival. The short films that I absolutely loved and will post links later, if possible, were AMERICA 101, WHAT HAPPENS WHEN ROBERT LEAVES THE ROOM, THINGS MY FATHER NEVER TAUGHT ME, THE FUTURE, and CRUSH.  These films, in 10-15 quick minutes, captivated and entertained me.  They were all perfectly paired with the upcoming feature film which set the appropriate mood. 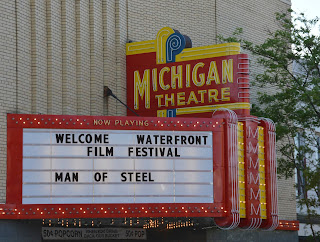 Films at the festival that I want to highlight are EAT SPIRIT EAT, FAVOR,  BETWEEN US, MUTUAL FRIENDS, ONE SMALL HITCH, TWENTY MILLION PEOPLE, THE INTERRUPTERS, CRAVE, and BE GOOD.  Many of these films were done truly on a shoestring budget.  Funding ranged from utilizing Kickstarter to the filmmaker digging into his or her own wallet to fund the film.  Each filmmaker had their own story to share and I'll be posting those compelling and sometimes heartbreaking stories in my reviews later.  I think it showed that you don't have to spend $5M on a film to tell a great story.  Another bonus of this hidden gem of a festival is that I never worried about getting in to see the films I wanted to see.  That was never an issue.

Films weren't the only thing on the agenda in South Haven.  How do you squeeze 9 or 10 films into 2 days plus take advantage of all this area has to offer?  Sleep really isn't a necessary thing, is it?  The beautiful beaches should not be missed whether it's sitting at night looking at the stars or going for a run in the morning, a feeling of tranquility overcomes you.  The quaint little shops and clothing boutiques were fun to browse and restaurants such as "Taste" offered delicious "small" plates.  Ordering the tuna tartar and the
humus, these small plates could have fed 4.  No, I didn't eat all of it...just most of it!  The nightlife with live bands on the inlet just added to the fun film festival atmosphere.  Next year, I will make a week-long vacation out of this film event because yes, sleep really is a necessary thing!

Sundance Film Festival is the perfect wintertime get-away and location in Park City, Utah.  The Tribeca Film Festival is energizing in the spring in NYC, and the Waterfront Film Festival in South Haven is utopia in the summer.  Great films shown in a phenomenal beach town with outstanding restaurants, nightlife and shopping.  This truly is a hidden gem of a festival, but I think the secret might be getting out!