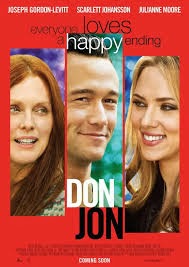 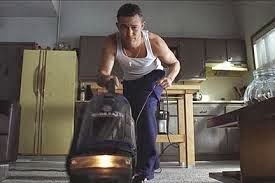 Johnny, his family, and his friends are all punctuated caricatures of what outsiders might consider to be the typical New Jersey Italians (please pronounce that EYEtalians...I'm from NY.  I can say that.)  But this exaggeration of voice, speech, and attitude make everyone in the film an interesting character.  The intertwining of religion and the hypocrisy of it in the film was ironic, but comical.  Johnny has some growing up to do and a woman is just the one to help him do that. 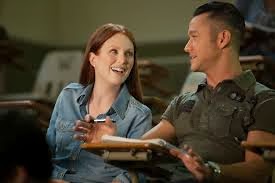 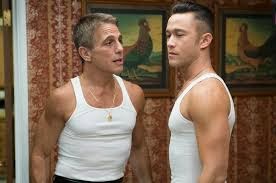 Joseph Gordon-Levitt nails the role as well as the writing and directing.  "Don Jon" is Gordon-Levitt's first attempt with writing and directing a full-length feature and with the success of this one, I'm sure there will be more to come.  Scarlett Johansson is the epitome of the sexy, manipulative dame who uses her assets to her benefit in provocative ways.  It was fun seeing Tony Danza as Jonny's dad.  Again, the Italian (you know how to pronounce it now) father who rules the roost, or so he thinks, brings the level of anxiety and stress around family functions to a whole new level.  Julianne Moore, although probably twice Gordon-Levitt's age, plays her role with depth and believability.  She has really taken on some fun roles as of late!  (The English Teacher, The Kids Are All Right) In addition, there's really quite a bit of humor in this film as well.  For example, Don Jon's OCD personality with cleaning and cleaning products was hilarious as he counted the virtues of the Swiffer.  (I know!  I completely agree!) 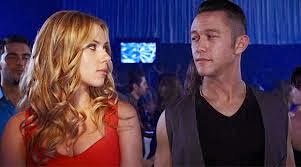 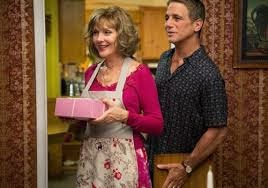