WADJDA IS A MUST SEE FILM by Pamela Powell 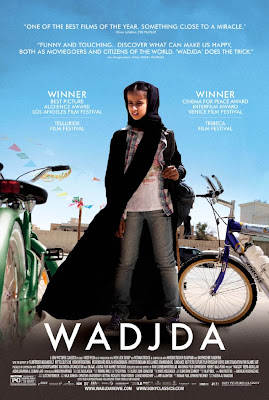 Wadjda is a young girl growing up in Saudi Arabia, but Wadjda doesn't seem to conform to the restrictions that the Saudi's place on females.  Her sometime inadvertent as well as sometimes intentional rebellious behavior frequently lands her in the Headmistresses office at school.  Wadjda wants nothing more than to buy a new bicycle, but financially it's out of her and her mother's reach not to mention the fact that it is considered inappropriate for a girl to ride one!  That doesn't stop Wadjda from trying to attain her goal.  With potential prize money for reciting the Koran's verses dangling in front of her, she appears to turn over a new leaf.  Wadjda's journey of growing up in a male dominated environment is a sweet, humorous and sometimes heartbreaking ride. 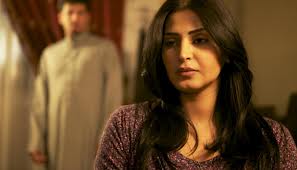 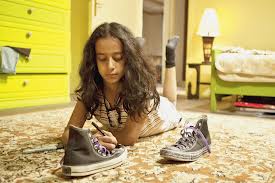 Wadjda is what I would consider a typical American girl, but she's not in America which makes her attitude and actions appear quite rebellious.  From wearing the wrong shoes (converse) to forgetting that she must cover her face in the presence of males, Wadjda seems to constantly be pushing the envelope of her restrictive environment.  In her mind, she has no limitations.  Being female shouldn't limit you.  Wadjda wants nothing more than to have a bike to keep up with her best buddy who happens to be a boy.  They know each other better than anyone and seem to have a bond that runs quite deep.  With Wadjda's mother living apart from Wadjda's father and watching him prepare to wed another woman, Wadjda and her mother help each other learn about support and relationships. 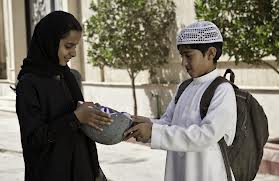 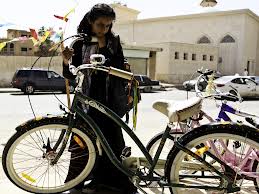 "Wadjda" is a cleverly written and directed film with naturally talented actors.  Waad Mohammed plays Wadjda as if this is exactly what her personality is like.  She's bright, insightful, thoughtful, and independent; qualities that make her stand apart from other girls.  The film enlightens the viewers to understand that children are really the same across the world, it's the society's norms that make us different. 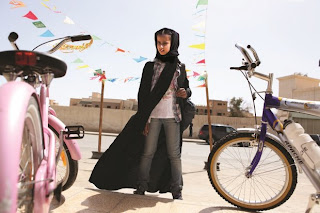 "Wadjda" is a film that will entertain and enlighten you.  The humorous situations as well as the rather sad ones,  are all aspects of life that each of us can relate to.  Wadjda learns life lessons and grows up in this film while helping her mom do just the same.  "WADJDA" will also make you appreciate what you have, especially if you are a female. Don't miss this film and don't let subtitles scare you away.  It's well-worth finding this film!

WADJDA TRAILER
Posted by Unknown at 9:23 AM