THE GRANDMASTER MISSES THE MARK by Pamela Powell 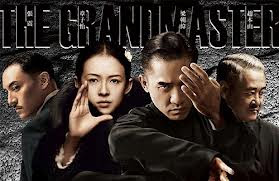 “The Grandmaster” opens in wide release this Friday after extremely mixed reviews from critics across the globe.  Written and directed by Kar Wai Wong, this epic film, ten years in the making and one year in the editing room, is marketed to fans of Kung Fu and Bruce Lee.  Ip Man, Lee’s martial arts’ trainer, has a background that is both dramatic and notable given the time period in China.  Wong tries to tell Ip Man’s story of the love of his country, his heart, and above all, his discipline. 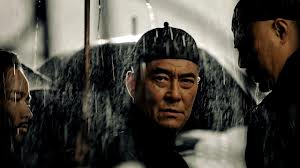 Ip Man was a young man looking to become the next Grandmaster of martial arts in China. The country was then divided between the North and South and their martial arts were reflective of these regions.  As the reigns are handed over from the Gong family Grandmaster to Ip Man, constant challenges confront Ip Man who strives to be a strong, fair, and wise man.  Beginning in 1936 and covering approximately two decades, Ip Man  finds that changing your surroundings doesn’t always change who you are. 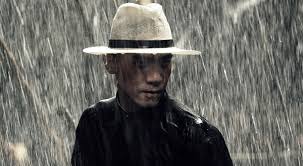 To see this film, you don’t need to see the previous films about Ip Man.  Nor do you need to be a fan of Bruce Lee or martial arts, although appreciation of those aspects will make the film more enjoyable.  “The Grandmaster” initially introduces the numerous primary characters through demonstrating various types of Kung Fu fight scenes.  These scenes are amazingly choreographed, utilizing a quick pace and then accentuating various moves by slowing the film down to a snail’s pace to feel the impact of the specified move.  The slow motion filming along with extreme closeups of small items being broken, are visually captivating.  Incorporating powerful classical music with the fighting makes these martial arts feel almost tranquil and sophisticated.  A unique pairing which seems contradictory to the art.

The film’s story has a confusing and slow start with difficulty focusing on one main story line.  In fact, the plot seems to meander so much that you are unsure as to what the film is even about.  It brings in so many characters, but never really completely develops their importance to any one plot.  At one point, it is a story about transitions in life.  Then it jumps to being a love story, then on to one of vengence and family honor.  The topics are numerous.  This could have been three or four different and separate movies about one man.  It missed the mark with lacking the ability to find a theme and develop it completely. 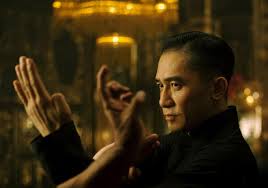 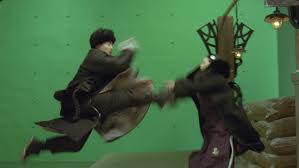 “The Grandmaster”  is a circuitous tale which fails to bring emotion through the story or acting, however the film is the most beautiful cinematic example seen in recent times.  The Grandmaster is reminiscent of films from the 40's with the camera angles and cuts.  It is the color schemes, the views, the make up and backgrounds that make this film intriguing and worth seeing.  The panoramic scenes feel hauntingly beautiful.  It is the filming technique that is the main actor in this film. 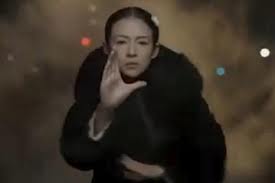