"BREATHE IN" TOOK MY BREATH AWAY by Pamela Powell 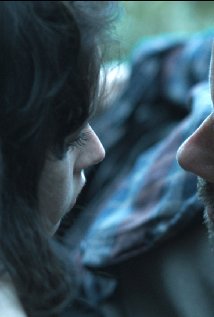 BREATHE IN took my breath away!  This film was an emotionally loaded, well-acted, deftly directly movie with a musical score that left me breathless!  I had the pleasure (and luck) to see this during its opening at the  Sundance Film Festival.  BREATHE IN starred Guy Pearce, Felicity Jones, Amy Ryan, Mackenzie Davis and  Kyle MacLachlan along with many other talented actors.  However, there was another standout that didn't appear directly on the screen.  This was Dustin O'Halloran, the extraordinary musical composer.  The film in and of itself was wonderful, but the music added another level of emotion that  truly did leave me breathless.

BREATHE IN was about a foreign exchange student who spends a semester with a family in upstate NY (my home territory).  The apparently happy nuclear family of three, one being a daughter, Lauren, who is a senior in high school (another way I can relate), welcomed this newcomer into their family.  However,  Lauren (Davis) and her father, Keith (Pearce) have some reservations for their own reasons.  Sophie, the exchange student from England (Jones),  seemed unwittingly to create a wave of destruction with every step that she took.  In the short time she was there, Sophie managed to alienate Lauren and start an affair with Keith, the father.  We watched as emotions and lives changed.

Again, this was a captivating and emotional film.  The writing was superb and the direction, cast, and skills of all those involved couldn't have been any better.  As all these aspects of the movie effortlessly combined, it enabled the viewer to have empathy for each of the characters. How often does this happen?  This is a must see movie when it is picked up and distributed.
Posted by Unknown at 9:47 AM