FOREST WHITAKER STARS IN VIPAKA AT SLAMDANCE by Pamela Powell


I ventured out of my comfort zone and tried a couple of intriguing Slamdance films.  Slamdance is separate from Sundance, but takes place during the same time and in the same place.  This year, ViPAKA with Forest Whitaker, was on my list.  With the exception of his most recent "The Dark Truth," I usually love his films. Even when I don't, I still love his ability to act and take on believable characters. 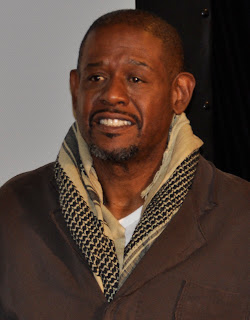 The writer and director of ViPAKA also wrote "Boxing Helena," a dark, psychological thriller that was quite gruesome.  ViPAKA turned out to have similar features.  Anthony Mackie played a therapist/life coach named Tommy, who had written a best-seller self-help book.  Angel (Whitaker) had repeatedly read Tommy's book until the pages were tattered and the margins were full of notes.  We saw this as Angel presented Tommy with the book to sign at an author's event.  Angel appeared desperate and asked Tommy to help him.  Help and motivations were not always as pure as initially indicated. 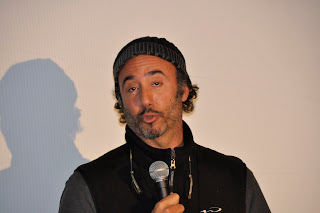 This was a film about an apparent psychological disorder, buried secrets, and family relationships.  Surprising events and unexpected twists and turns added to the psychological intrigue.  The gruesome and gory torture that occurred frequently throughout the movie was over the top.  The special effects were skillful as it was a bit too real for me.  Whitaker and Mackie were nothing less than expected; skilled and believable. 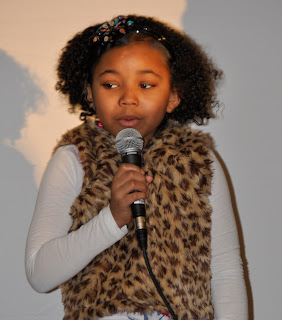 Sundance is a huge event and Slamdance is quite the opposite which made the Q&A with the writer and Forest Whitaker even more special and intimate.  The most precious moment was when Mr. Whitaker went up into the audience to scoop up the sweet little girl, Ariana Neal, that played his daughter in the movie.  Adorable and precocious were two words that accurately described her.  But even more precious was the look of pride on Mr. Whitaker's face as Ariana answered questions with her angelic voice.

ViPAKA isn't for everyone.  It's a gruesome psychological horror thriller. I loved the unpredictability of the script!
7.5 REELS
Posted by Unknown at 12:05 PM