SAY YES TO "NO!" by Pamela Powell 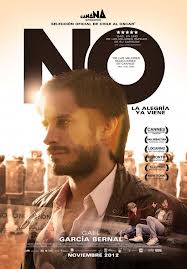 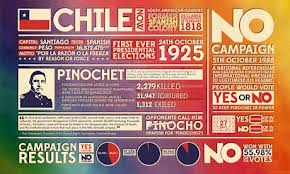 A political movie about the fall of a dictator in Chile doesn't sound like a fun-filled time, BUT IT WAS!  Last year, I saw "Ai Weiwei, Never Sorry" which I thought was the best documentary I have ever seen.  Yes, ever.  Better than "Searching For Sugarman" which I loved.  Although "No" isn't a documentary, it has a doc feel to it.  It's about an advertising agency whose top level employee went against the grain and helped the "NO" faction.  This group wanted to oust Pinochet who apparently was responsible for torturing his citizens, ruling by fear, and making detainees "disappear."  Due to international political pressure, Pinochet's administration was scrutinized and then forced to have an election.  The election was to vote "yes" to keep him in power or "no"to get him out.  It wasn't even to vote someone in, initially.  It was just to get him out. 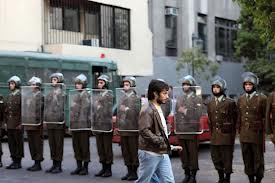 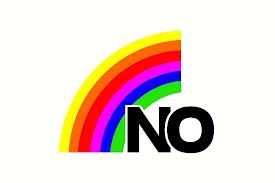 Gael Garcia Bernal played Rene Saavedra in this riveting movie about politics in Chile during the 80's.  As a single father of a little boy, going against  the regime could have been a very risky endeavor.  He took his chances.  At first, he was just an advisor to the NO Party,  but as he watched the atrocities in his country, he knew he had to do more.  On the flip side, Rene's ad agency boss was on the other side of the fence working for the "Yes" campaign.  We watched as  Rene (Bernal) threw his heart and soul into the possibility of winning this campaign utilizing his knowledge of marketing and commercial advertising.  Each "side"was given 15 minutes per day for 27 days to run a tv campaign.  (I really like this idea!)  Rene knew it was a chance for change.  A slim chance because everyone thought the election would be rigged.  He was willing to risk his way of life or even possibly life itself for any amount of change and to challenge the current state of affairs. 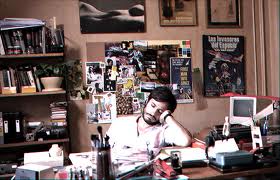 The filming of this movie, along with many other aspects, gave "No" a believable effect.  Apparently, according to the director Pablo Larrain, real footage was used throughout the film.  To build the seemless effect, the entire movie was filmed using 1980's equipment.  It had a rough, grainy feel to it in order to match the real footage inserted.  The real footage was horrifying to see.  Police brutality.  Women and children being shot for gathering and protesting.   Now this sounds like a dark and dreary movie, but it's not.  It's a movie filled with humor and hope.  The humor comes from the microwave.  It was new back then...see "No" and you'll get it.  The writing is also humorous as if listening to an inside joke:  many lines and topics are thrown back in throughout the movie to provide the levity such a serious subject needed.  It told a hopeful story and how people can go from a point of being totally repressed and beaten into submission to thinking for themselves and making a better world for generations to come.  I'm not giving anything away; that is if you know your world history! 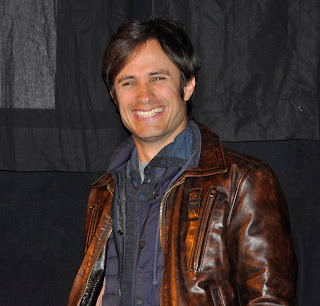