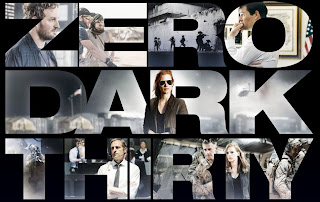 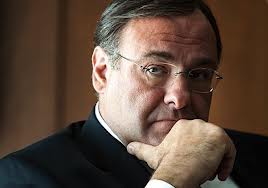 No one will forget September 11, 2001.  Everyone's life has changed because of this event.  Safety, Homeland Security, and terrorism are terms that are never far below the surface when traveling.  When in the airport, it is a familiar scene for a complete stranger to go up to a uniformed soldier and shake his hand, pat his back or even give him or her a hug with a heartfelt "thank you."  Without me going into my own personal feelings, I'll leave it at the fact that our military is necessary to protect us and I am thankful for everyone who has served.  That being said, "Zero Dark Thirty" was about the hunt for Osama Bin Laden with his ultimate demise and the steps and people who were responsible for that goal. 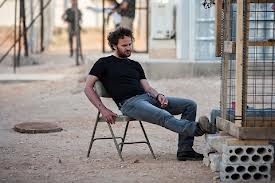 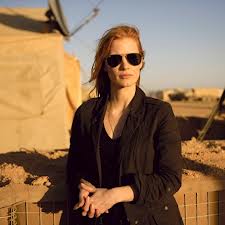 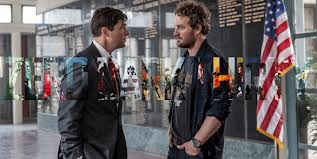 "Zero Dark Thirty" was based on actual first hand accounts of the search for the whereabouts of Osama Bin Laden.  The opening scene, lacking visuals, recounted the auditory horrors of 9-11.  The screen came to life as the military was performing an inquisition with a Saudi prisoner.  The hunt for Bin Laden had begun.  The movie recounted the mind-boggling steps and attention to detail that it took to piece together a formidable puzzle of his whereabouts.  Over the many years of searching, more attacks occurred.  I'm not giving anything away as we have all lived through it.  I'm not so sure I wanted to live through any more of it on the silver screen.  The amount of torture that our soldiers performed in order to gain information was also mind-boggling.  I'm not about to judge what did or did not happen.  I wasn't there.  It wasn't my job.  There's a reason I became a speech-pathologist turned movie reviewer instead of joining the army.  I couldn't hack it.  Back to the movie.  Major breakthroughs and set backs were recounted in what felt like a long, drawn out narrative.  However, the acting, especially on Jessica Chastain's part, was phenomenal.  I understand her Oscar nomination.  As I watched her become physically drained on the screen from her non-stop and focused search, I too became exhausted.  The supporting cast did exactly that; they supported her character with the utmost attention to detail and skill.  The portrayal of all those involved and their commitment to protecting us felt real and genuine. 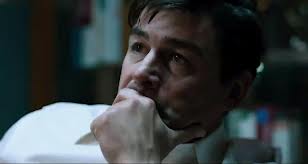 The movie itself didn't hook me, though.  Maybe it's all still too fresh in my mind.  The movie took you through each and every step that the military completed in order to accomplish their ultimate goal.  It was so detailed and drawn out that I just wasn't on the edge of my seat wanting to see how they put that puzzle together.  I couldn't help but compare this to "Argo."  Maybe there was a bit more "Hollywood" in "Argo" than I realize.  But even though I knew what was going to happen in "Argo," I was still riveted and questioning what would happen!  "Zero Dark Thirty" did not do that for me.

I know I'm going against the grain of every other review out there, but this is Reel HONEST Reviews and I honestly did not enjoy it.  That's not to take away from the acting skills of those involved.  I'll reiterate that Jessica Chastain was spectacular.  The supporting cast was superb.  The movie felt convincingly real.  It just didn't capture my undivided attention and make me want to watch more.