CRYSTAL FAIRY snagged that reputable spot at the Sundance Film Festival this year of opening night.  Only three other films shared in this honor.  Last year one of the opening night films was SEARCHING FOR SUGARMAN and that was a success!  This year, with "Crystal Fairy," writer, director and co-star, Sebastian Silva geared this coming of age movie to the young 20-somethings.  With a warm welcome from the Sundance staff and audience alike, it was clear that this was not Sebastian's first trip to this this exclusive film festival.  Now there comes the question of whether or not this film will hold up to the opening night expectations. 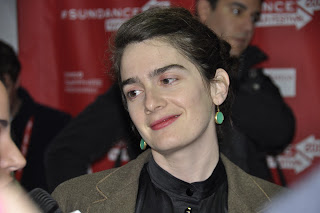 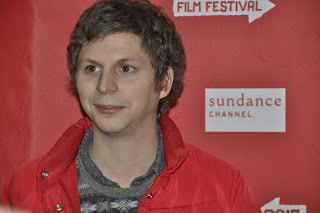 CRYSTAL FAIRY was about a boy who was visiting Chile.  This wasn't a typical boy.  This was a boy who had some interpersonal relationship issues.  Let me put that another way.  This boy was a bit "off."  He had a way of irritating people around him after being with him for any significant amount of time.  "Pollo" as he is called in the movie (Michael Cera), had the good luck to meet three kind-hearted brothers who took him under their wings.  Now, these brothers were not without fault, but they were genuinely good and kind.  Soon into the movie we met another strange bird named....are you ready?...Crystal Fairy.  She too had issues, although her issues were such polar opposites to our main character Pollo that is added to the awkwardness of the overall feeling of the movie.  Let's cut to the chase.  The "guys" are in search of the perfect hallucinogenic drug derived from the San Pedro Cactus.  Their "dream" is to drink this (complicated recipe here) reduction from the raw cactus on the beach.  Well, once Pollo meets Crystal Fairy in his drug induced state, she becomes one of the gang on this adventure.  How self-absorbed can people be before it negatively affects those around them?  "Crystal Fairy" shows you! 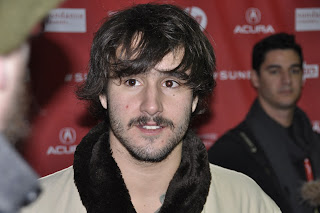 CRYSTAL FAIRY was not a film that I felt I could relate to with all the drug usage and meandering through life.  It's primary plot was absurd to me, but that's not to say there weren't any redeeming attributes.  Cera was comical and irritating...just what he was supposed to be.  Gabby Hoffman who played Crystal Fairy, was brave.  I mean really brave.  She bared it all.  Not just once either!  Several times.  And the ensuing laughter because of the, shall I say "enhancements?" were nothing short of funny!  But brave!  You couldn't pay me enough money to do that.  Kudos to you, Gabby!  The brothers were truly brothers.  They were comfortable and natural on the screen and with each other.  The writer, director, and co-star Sebastian Silva was an absolute pleasure to see on the screen.  The video/cinematography was at times unsettling, but the cuts and timing were impeccable. 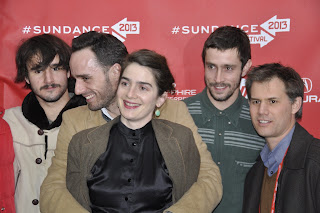 Not everyone will enjoy this film.  I'll admit that I wasn't thrilled when I left the theater.  But hey, I'm over 28...just a tad.  I think this film will appeal to the 20's and 30's age group.  It's an interesting look at a kid who needs to grow up.
Posted by Unknown at 10:38 PM