SIGHTSEERS WAS A SIGHT TO SEE! by Pamela Powell 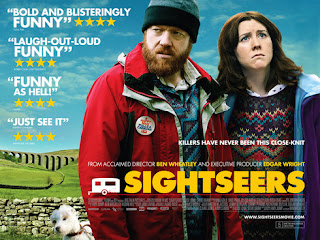 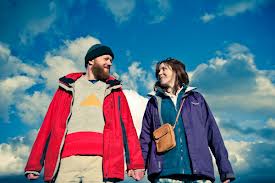 I knew from the little snippet of info Sundance provided that SIGHTSEERS was going to be a dark comedy. I just didn't realize how dark or how funny it could possibly be!  What started out to be a perfectly innocent road trip through the English countryside stopping at well-known tourist attractions such as the Ribblehead Viaduct to the Pencil Museum went disasterously wrong very quickly!  This was truly the best dark, dark comedy I have ever seen.  How the writer and director were able to make me gasp aloud, then within seconds make me laugh till I had tears streaming down my face, I will never know.  The combination of horror and humor was remarkable. 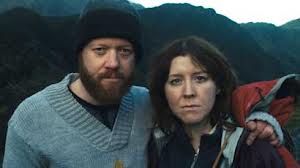 Chris (Steve Oram) and Tina (Alice Lowe) are a new couple, still defining who they are in their relationship.  Tina lives at home with her rather manipulative and demanding mother and she just needs a break.  As Chris whisks her away on a trip against her mother's wishes, Tina sees that maybe her mother was right.  Maybe Chris isn't who he says he is.  Or maybe Tina isn't who we think she is.  Or maybe they just have a dark cloud following them.  You'll see.  As the story unfolds, I found myself cringing in my seat, and yet having to watch what was going to happen next.  Horror.  Yes, it was a bit of a horror flick.  But just as quickly as I was disgusted by the event on the screen, I then found myself laughing at the irony or whatever other humor was superimposed on the situation.  Brilliantly written on so many levels!  The couple definitely gets to know one another and see the darker sides of each other's personalities.  Is it love?  Again, you'll see. 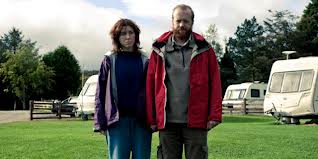 This is truly the best dark comedy I have ever seen.  Its quirky, unexpected twists and turns along the English countryside made it a very bumpy ride indeed!  Brace yourself, buckle your seat belts, and beware...it's a bit gruesome, but so much fun!