A SOLUTE TO "SOLDATE JEANNETTE" by Pamela Powell 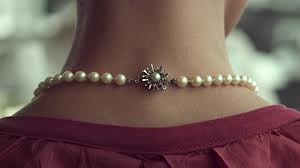 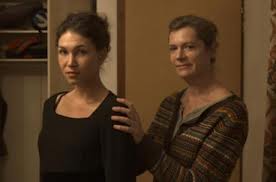 The first 3 minutes of Soldier Jane completely shocked me!  As an avid shopper who dreams of having her own personal shopper at a high end couture store with bare shelves and stark furnishings, I watched as Fanni bought beautiful crocodile heels and an expensive dress, exited the store then directly tossed them into a donation bin which elicited audible shrieks from me!  That was just one of the many seemingly inexplicable instances in which I questioned Fanni’s sanity.  Fanni, apparently from wealth, consciously decided to make decisions which pushed her further and further away from her accustomed lifestyle.  However, Fanni’s decisions didn’t just affect her. 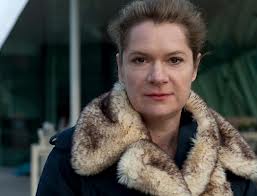 This visual film with little dialogue captivated me.  Not just with the beauty of the countryside, but with the camera angles and long shots of the reactions of those affected by Fanni’s decisions.  This punctuated the loneliness and the peculiarity of each situation.  One might initially say that Fanni was eccentric, but as the story unfolded, it goes way beyond eccentricity.  Each and every person she met seemed to be floored or awed by her audacity, but it was in a non-threatening and confident way.  Fanni’s priorities in life were in such opposition to what I considered rational, that I couldn’t relate to her, but I did want to find out more about her.  We had glimpses into her daily life and just quick peeks into her past to help justify her behavior.  But again, it wasn’t enough to explain everything simply.  I really had no idea where the story could possibly be taking me and still, at the end of the film, I’m not sure how I got there.  There were many unanswered questions as the credits rolled, but I still left the film feeling satisfied. 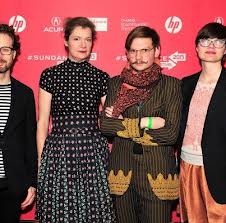 As this is a very visual and somewhat slow-moving film, it may not capture everyone’s attention.  However, if you can be patient, your resolve will pay off.  I wanted to learn more about Fanni and her future adventures.  As the insane asylum appeared to be averted, the authorities couldn’t be too far behind, could they?
Posted by Unknown at 12:46 PM