STRUCK BY LIGHTNING IS A BULL'S EYE! by Pamela Powell 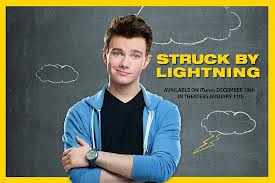 It's not often that you come across a smart, witty, yet endearing movie geared toward the teen and young twenty-something age group.  Last year's "The First Time" was another creative endeavor that ranks high in that category.  This year we have an amazingly creative film called "Struck By Lightning."  Written by the prodigy Christopher Colfer, he captured and created a character that will probably ring true with so many teens.  Chris plays Carson Phillips, a high school senior living with his mentally unstable mother and doing everything in his power to escape the podunk town in which he grew up.  He has goals; very loft ones!  Among those goals were winning the Nobel Peace Prize as well as attending Northwestern University (my Alma Mater...who can blame him!) in order to attain that Prize.  Carson had little patience and the utmost contempt for most everyone in his high school class.  He needed their help to accomplish publishing a literary magazine to stand out to Northwestern.  How will he do this?  Blackmail.  That was the answer! 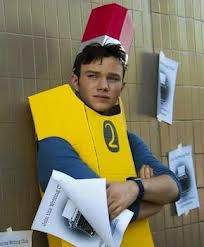 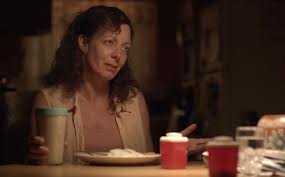 The movie started off with Carson's death.  No, this won't spoil the movie for you.  It's in the tag-line.  We went back in time to tell of his senior year and his relationships with his mom, grandma, dad, and lone friend, Malerie played by Rebel Wilson as well as the groups of kids at his school.  Carson was very quick-witted in his narrative and interactions with all the different characters.  The pace was fast and fun to watch.  The writing was smart and clever.  Carson typified most of us in high school.  Most of us, I am assuming here, were not the super popular ones.  Chances are pretty good that you weren't the cheerleader or football captain.  Chances are much better that you just wanted to finish these four unbearable years and move on to bigger and better things.  High school was not the peak of our lives.  However, most of us didn't appreciate what we had in the 'here and now.'  Those were the very things that Carson realized a bit too late. 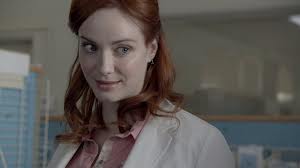 The cast was comprised of very familiar faces from Rebel Wilson whose comedic timing was capitalized upon to Christina Hendricks, Dermot Mulroney, Sarah Hyland ("Modern Family") and Allison Janney who seems to be in so many films lately.  Chris Colfer shined in his part and the supporting cast was brilliant as well.  Colfer's development of each character was thorough and thoughtful.  Wonderfully directed, this gem was well worth my time watching. 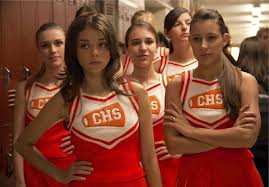 "Struck by Lightning" was a roller coaster thrill ride which took me back to my high school days.  It was such a pleasure to watch with my high school senior daughter who, by the way, loved this movie!  How many movies can a mother and daughter watch together and both love it?  Trust me, the list is very short.  Rent it now on demand or catch it in the theater next week.  A great movie for mother-daughter or a group of high school kids to see.  Enjoy!